Our phones, like our other tech, and like our belongings, spaces, even our clothes, reflect – and may be become a part of – our identity.

Gosling, Ko, Mannarelli and Morris (2002) and other researchers have noted that a person’s office or personal space can reflect their personality, and that observers can be surprisingly accurate in judging some of our traits simply from a glance at our offices or bedroom. To the degree that we have control over our physical environment, we “select and craft physical environments that reflect and reinforce” who we are (p. 379). Contrary to stereotype, this may also be true of an individual’s social media profile. Bower, and Ivcevic and Ambady (as cited in Engler, 2014) found that people (to an extent) tend to present their personalities fairly accurately on social media sites  – their Big 5 Trait scores tend to match their Facebook profiles and their friends’ assessments.

As we spend time in our personal and work spaces, we decorate them to our own taste and preferences (Gosling et al., 2002), and our cultural and personal meanings. Inevitably they reflect our personality traits, our self-concept, our values and our identity, and may even be displayed to intentionally signal a person’s identity and values to others.

And it is not just our physical spaces that reflect who we are as individuals, our belongings do as well. Just as the decorations and furnishings inside their home or personal space reflect our identity, other belongings we carry with us outside the home reflect both “self-directed identity claims” and “other-directed identity claims” (Gosling et al., 2002, p.380). A person’s car or bike, their choice of clothing colour and style, their choice of backpack or bag, all reflect and reinforce their identity to themselves and to the world in obvious and subtle ways. And, of course, their choice of laptop and smartphone! (Mine is an old Blackberry with a nice usable keyboard, and I have no idea what that says about me).

Since (depending again on our degree of control) where we live and what we own can so strongly reflect who we are, it is not surprising that we can come to be attached to our belongings.

Our identity expands to include aspects of our being and our stuff we associate with our selves. We might identify ourselves with our physical body and appearance, or with our family, social circle, generation, culture, nation, core beliefs or religion, or with our occupation or vocation. Identification with one’s status or material possessions is very common in our materialistic era, and some researchers (Roberts, Pullig and Manolis, 2015) have found a correlation between materialism and smartphone addiction.

When belongings or spaces or occupations or core beliefs (or behaviours) become important to us, not just because of how we use them or need them to function successfully in our work and lives, but because they are part of who we believe ourselves to be, attachment is inevitable. We would work hard to keep our attachments, just as we would to keep a relationship with someone we love, and feel awful when they are lost.

And identification is more than an attachment. When we change, or lose, or contemplate the loss, of an aspect of ourselves we believe is essential to our very identity, to who we are, an identity crisis can be induced. A threat to our identity is no small thing. It can be devastating, to the point we feel we are losing ourselves.

Eric Erikson (Engler, 2014) proposed that the “identity crisis” is a typical developmental conflict or crisis of adolescence, which can be a time of strong role confusion as the adolescent faces rapid and dramatic physical changes, psychological changes, cognitive changes, and resultant relationship and role changes in their social groups and families. This may be typical of adolescence, but identity crises are not limited to that stage in life, but can occur anytime a dramatic physical, psychological, cognitive or social change threatens who we think we are. Even an expected (even joyfully anticipated) change can affect a person’s sense of who they are – a marriage, an important achievement, becoming a parent, becoming a grandparent, retirement – and an identity crisis at the time of these life events is also common, because such a change to occupations and roles essential to a person’s identity takes time to adjust to, to transform one’s identity to the new role or self.

But crisis is especially likely when that change is unexpected and sudden. Someone who strongly identifies with their career as a physician is in a car accident and suffers moderate to severe traumatic brain injury as a result. In that instant, their life changes forever. They can no longer work, or even perform everyday tasks like cooking, and their previous sources of self-esteem, status and validation are now permanently lost. This change in self-concept and identity will affect every aspect of their lives and relationships, and it can take years to adjust to.

You might (reasonably) be wondering how does all this relate to inappropriate smartphone use, Facebooking or gaming?!

Because for some people, “I am my phone”.

Just as someone might think “I am a doctor, that’s who I am” and be unable to imagine or accept a loss or even diminishment of their career, I suggest that some particular objects associated with one’s identity, one’s roles, occupations, status, and much loved occupations have the potential to become such an attachment object they even feel like part of the person.

In legend and story, objects and tools such as a warrior’s sword, or a wizard’s wand have been endowed with power and even named (Excalibur and Anduril, for example). A writer’s special pen; an artist’s favourite brush; a musician’s loved instrument; a tennis player’s racket; a doctor’s stethoscope; a carpenter’s hammer – all are objects that may become highly meaningful to the person, and even emotionally important. They are essential to the user’s craft or occupation, they may be used daily or even constantly, and reflect who they are to themselves and the world. Another example would be jewellery that has important meaning to oneself or others (wedding rings, family or university or occupational signet rings, for example). All these objects have a particular emotional resonance to their owner.

And one thing you might notice that these objects have in common is that they are hand held or on one’s hands. 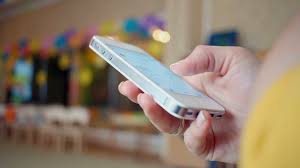 The concept of embodied cognition suggests that our cognition isn’t just limited to the brain – that aspects of our body are also part of our cognitive processes. An easy example of embodied cognition is our experience that our perception, our awareness, is most enhanced about the world in front of our eyes, what we are focused on, as if our immediate environment is only the part of the world that is in front of us. We are almost not aware of the world behind our back and only slightly of our periphery. (And if someone is focused on the screen of their phone, their awareness can become so limited that if they are texting or reading a text while walking they might walk into you. Or a lamppost). When you are used to driving a particular bike or car, it may come to feel almost like a part of you, as if your body has extended to the perimeter of your car and the operation of the vehicle is as automatic as moving your body through space in walking.

On the other side of embodied cognition is a lack of awareness of a part of our bodies that can occur in hemispatial neglect. After damage to one of the brain’s hemispheres, typically the right hemisphere, the person seems completely unaware of stimuli in the opposite side (typically the left). In some cases sight, sound and even touch on the opposite side is ignored. Even though the sensory systems are intact, the experience is absent, as if our personal west side no longer existed.

I suggest that we commonly experience an enhancement of embodied cognition centred on our hands, which are so essential to our daily activities. And the embodiment extends to what our hands hold, the essential tools of our occupations, crafts, art, music – and now to our phones, that for some of us become a part of their identity. When asked how far they would return to get their phone if they left it at home, almost a third of respondents in one survey replied they would always go back, no matter how far. But, as many of my students have said, they never would have left it behind in the first place, it is always with them, day and night.

How can you tell what has become essential to your identity? What has become special to you, even like a part of you?  Ask yourself, what would you save in an emergency (if the kids and pets are safe and you have five minutes to save more than just yourself)? Many of my students have said that their phone would be top or near top of the list. They can’t imagine being without it.