Sir Anthony Van Dyck (variant spellings include) was a well known portrait artist (often for European aristocracy), as well as a draftsman and an etcher. He was born to a wealthy family of silk merchants on March 22nd in 1599 in Spanish Netherlands (which is now modern day Belgium).

Van Dyck began his career in art at the early age of ten when he was apprenticed to the artist Hendrick van Balen. Later on he was greatly influenced by Rubens, who at the time was considered one of the greatest masters of art in Antwerp. His first surviving work, “Portrait of a Man” from 1613 is an excellent example of Rubens influence on Van Dyck. Van Dyck mimicked Ruben’s iconic dramatic composition, however he added his own twist. Unlike Ruben’s work’s (and baroque artists in general) the brushstrokes are clearly visible and add an almost coarse texture to the painting. This theme continued to be relevant in almost all of his paintings. 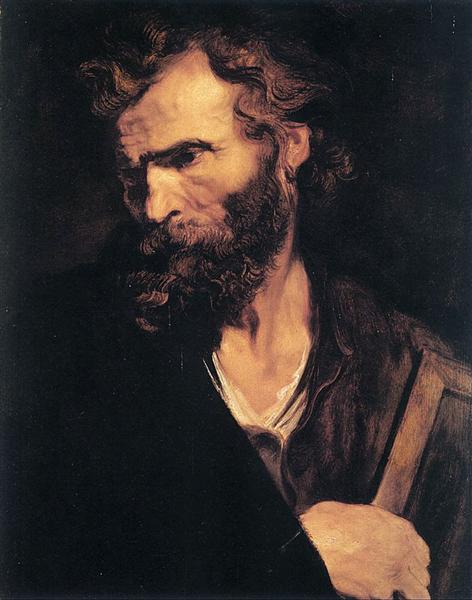 Additionally, the figures he drew were proportionally less idealized and more angular than other artists of his time. The expression of his figures in his religious and mythological paintings were also exaggerated such as in “Drunken Silenus Supported by Satyrs”.

I think that Van Dyke was an excellent painter, and I particularly enjoy his portraits. I am especially fond of the ones where he uses a dark background, and the face is partially cast in shadow. The warm hues he implements in the face are beautiful and add such an interesting atmosphere to the paintings. Additionally, the visible brushstrokes make it almost possible to imagine how Van Dyke worked on the painting.