The Other Car Guy Who Was a Nazi: Survey 7: The First Mercedes

(Don’t worry, he wasn’t a full Nazi yet)

Daimler-Benz (who became a Nazi later–closer to the 1930’s) and his company invented the first petrol powered car; 35-HP Mercedes. Unfortunately Daimler died shortly before the perfection of the vehicle, but was present in the beginning projects and was directly involved in the prototypes that lead up to it.

The BPM is regarded as the first production car. In lamens terms for those of us who don’t know anything about cars, is a vehicle designed to be propelled by an internal combustion engine like we have today. Gone were the days of horse-drawn carriages and stepping in questionable mud puddles on the cobblestone streets: you now had the option to drive. Compared to other vehicles, the 35-HP was lightweight, and had a low centre of gravity, making it safer than previous engine powered models of the time. Mercedes.com, when speaking about the revolutionary quality of the 35-HP, states: “It signals the end for the carriages used in automobile manufacturing. The development of this pioneering design, which is considered to the first modern automobile,

Prior to the 35-HP, however, Mercedes came up with an engine powered “omnibus.” To the general public nowadays, it looks a lot like an incomplete 35-HP. It appears as if the front was completely ripped off and unfinished, but hey, if it gets you where you need to go, who cares? It somewhat resembles an industrialized version of Cinderella’s carriage (displayed below. I have a point.) 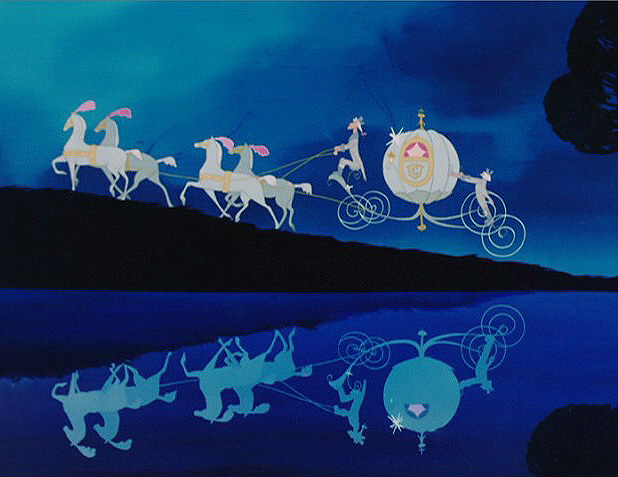 The reason I make that comparison is not null.  This actually does serve a purpose: you can really see between the two how heavily influenced the first engine powered vehicles were by horse drawn carriages. This progression is also where the term “horsepower” comes from.

Although the 35-HP was a highly innovative and world changing invention, it is easy to see the progression as to how it arrived in society. This also was the stepping stone for the Ford Model T, one of the most consumer friendly cars in history, and one that made more of an impact on transportation due to its extreme availability. It goes without denial that the 35-HP set the standard and foundation for motorized vehicles going forward into the 20th century.

To address the Nazi thing: Mercedes Benz’s  was known for employing civilian labor, prisoners of war, and concentration camp internees during war times in his factories.  Mercedes approximate 65 000 employees consisted largely of this demographic. After the war, they did admit to  Nazi affiliations.

This weeks lecture covered the time span of 1905 to 1915, and discussed in depth the profound effect that modernism, expressionism, Japanism, and other artistic influences had on architecture and social discussions. We touched on “The Armory Show,” a modern art show in New York that displayed huge names in several different genres of art. I found it fascinating how intense the public’s reaction to it was.  It always confuses me that work that we know now as iconic and monumental was so often hated in the original time of it’s debut. We see this all throughout history, and it makes me question what will be the standing legacy of our time? Will it be the things that we as artists support, or the things that the public reject? What are the movements of today that will end up defining a society, and will they coincide with this phenomenon or is the view of the public changing?