“My drawings inspire, and are not to be defined. They place us, as does music, in the ambiguous realm of the undetermined.” 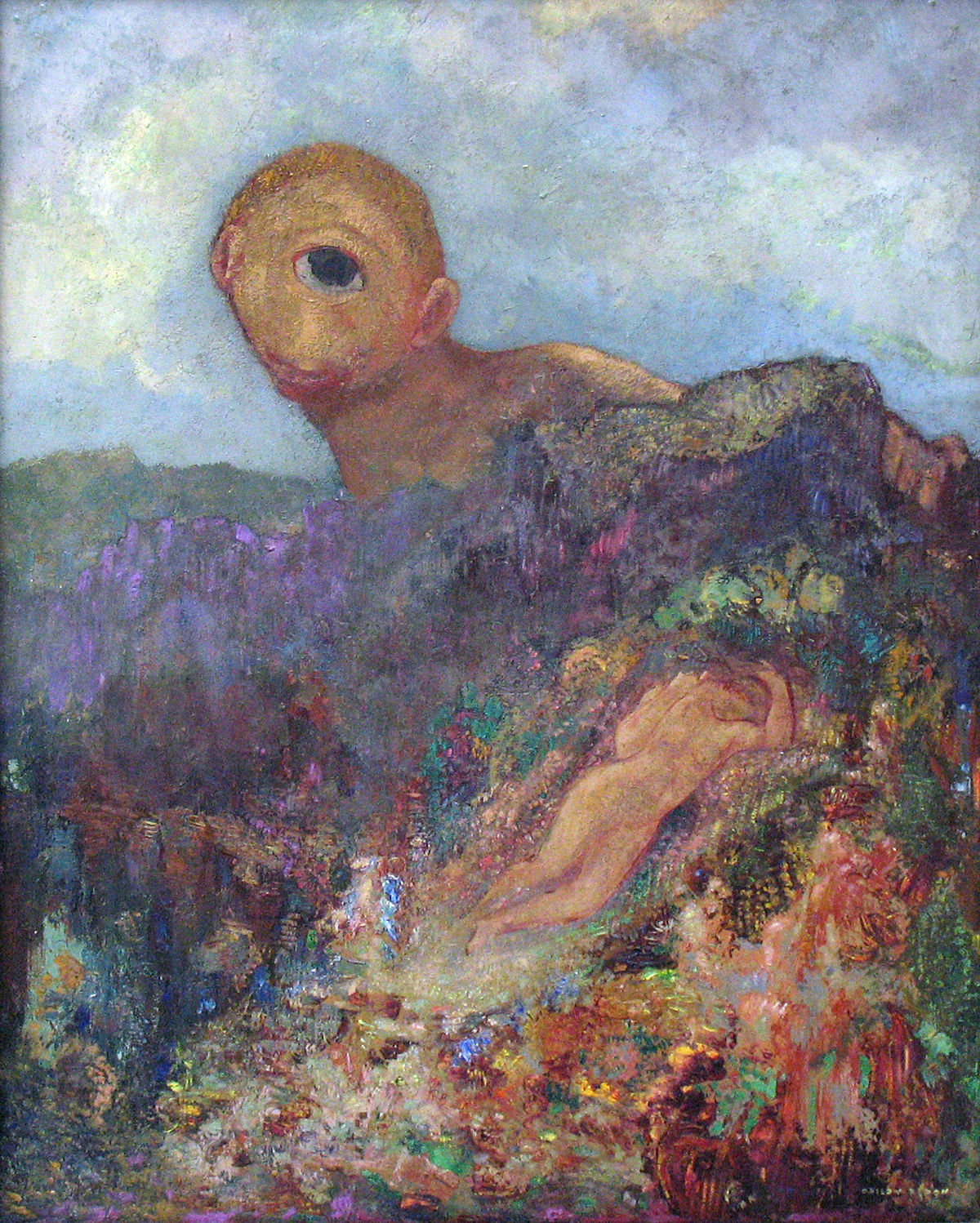 Odilon Redon, a frenchman, stands alone in the artistic community in his unique use of his historic inspiration and innovative immagination. He combines the brushwork of his contemporaries, the Pre-impressionists with the previous influences of the great Baroque and Rococo masters. Redon’s work is an odd combination of Francisco Goya’s otherworldly imagination and Turners’s aggressive layers of brushwork and color. Other pieces, however, maintain the simplicity of Ukio-e, while his religious interpretations compare to no other. He was a creative that the artistic audience seldom experiences, mixing the real world into the depths of his imagination; the product being a surreal journey through his psyche. Redon heavily employed symbolism, and his paintings contained complex meanings that are still debated and pondered over. “Redon’s work represents an exploration of his internal feelings and psyche. He himself wanted to “place the visible at the service of the invisible”; thus, although his work seems filled with strange beings and grotesque dichotomies, his aim was to represent pictorially the ghosts of his own mind.”

Redon was native to Bordeaux, France, and had always been entwined with the arts. From the times of grade school he was recognized for his innate ability for draftsmanship. He would later join the war. Upon Redon’s return, his reputation would lay dormant for a number of years. It was an appearance in a  novel by Joris-Karl Huysmans, titles “Against Nature” that thrust Redon into the public eye. Oddly enough, Redon was celebrated within the artistic community and would recieve the Legion of Honor in 1903.  Acceptance and support was an extreme luxury for him, as many of his contemporaries were heavily criticized to the point of public rejection. “Apparition”
Redon did many works under this title, ranging in topics, composition, and subject matter. “Christ and his Disciples”

I myself harbor a love for all things odd and strange, that defy category and speak volumes on their subject regardless of their given context, and Redon does exactly this for me. His work ranges from extremely complex to the simplest of color palettes and subject matter, and I cannot help but appreciate such a versatile artist. Apparition is an excellent example of how Redon molded the real world (recognizable figures like the butterflies and two figures on the right) combine with abstract shapes of his own mind.For myself, his art almost works as a precursor for surrealism, one of my favorite times in art history. I adore his use of colors and textures, and his religious works resonate deeply with me. This is hard to achieve with me, as I have no religious interest or background, but Redon’s renditions of the Biblical features (featured above) seem real for the first time. (Yes, this includes Caravaggio’s Jesus, even Grunewald’s Madonnas. I suppose Redon is the first one to make them seem flawed, raw, and emotional, rather than stagnant and completely void of sin, like real people are.)